You have all heard the stories of wrongful convictions. People incarcerated for 10 years, 20 years and even more. Once you are convicted, your chances of reversing a verdict are slim.

Nothing will stain the legacy of a Prosecutor, Judge or Sheriff, more than convicting an innocent person. It is even more repugnant when the conviction of an innocent man, results in those responsible being rewarded with promotions and self-serving propaganda.

Baldwin County has it’s own wrongfully convicted man, Murray “Bubba” Lawrence. His conviction defies logic, evidence, and any basic investigation. Most amazing is the fact that the prosecution, defense, jury, nor judge, ever established any timeline. The timeline established by the 2000 plus page transcript, establishes a timeline that proves Mr. Lawrence had multiple witness alibi’s. How this was overlooked is highly suspicious.

Baldwin County has a history of poor District Attorneys, going back 30 years. The prosecuting District Attorney at that time was David Whetstone since retired. Mr. Whetstone’s presentation in court was pathetic. His ego lead him to make a deal with the devil

“I have made a deal, a deal with the devil so that evidence could be heard, so the dots could be connected. If you don’t like that deal, you come after your D.A.”

David Whetstone bragged about his conviction of Bubba Lawrence while he was involved in the Steve Nodine case. In that case Whetstone was as inept as he was in Bubba’s case.

The pathologist, Paul McGarry, later testified under questioning from Whetstone that he could not rule out the possibility that the victim had been shot. The jury convicted the defendant, Murray “Bubba” Lawrence Jr.

“I proved that he was shot. I had to disprove the medical examiner,” Whetstone said.

Baldwin County Sheriff, Hoss Mack, a lieutenant with the sheriff office at the time, and chief investigating officer, has been highly controversial as a sheriff. In recent years, 7 people have lost their lives at the hands of the BCSO. Please research our page and sign the petition. 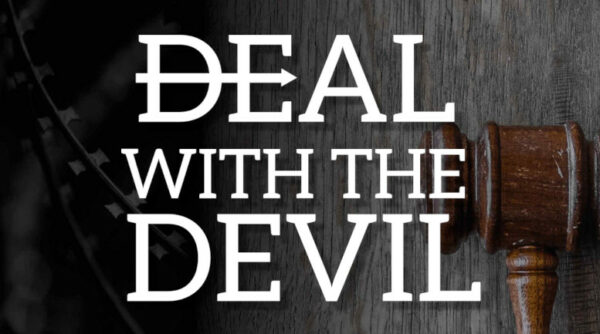 The Judge at the time, was Robert Wilters, the current District Attorney for Baldwin County. Justice comes in many forms and I hope Judge Wilters receives some justice for presiding over such a poor and inept prosecution.

Willy Huntly was the defense attorney and his consistent objections during the trial fell on deaf ears. Two attempts at appeal failed due to attorneys dropping the ball, but retaining over 50,000 dollars in legal fees.

The Ripp Report has been investigating this case for going on two years. The Ripp Report believes Murray “Bubba” Lawrence is innocent. His innocence is proven by the trial transcript and the timeline that the court established, as a matter of record. The Ripp Report is committed to seeking justice for Mr. Lawrence and welcomes you to follow our progress.

6 Comments on "DEAL WITH THE DEVIL"