What the Ripp Report projected has now come to fruition. Justice is a tricky word and justice can come in many ways. In the McSharry assault case, justice has come in the form of a legal settlement.

The major question is how can a repeat offender continue to pay his way out of multiple offenses, all related to alcohol, all in Fairhope?

McSharry threaten to sue Mayor Wilson because she listen to one of her constituents. McSharry has insisted he was not drunk, now he insists it is the fault of the owners of the establishment where the assault occurred. They made a drunk, drunk?

McSharry would do everybody a favor if he would stop blaming everyone else for his outrageous conduct. He has never apologized to Paula or Fairhope for his actions, which are clear in the video.

One very positive note is that Paula DiNardi’s attorney waived her attorney fees and only charged her court costs. An attorney with self respect, scruples and ethics, willing to put his pocketbook last and the client first! Wow, that is what I call respect and going beyond the call to duty. Thank you Attorney David McDonald for representing Paula DiNardi, it is inspiring to know that ethical attorneys do practice in Baldwin County. 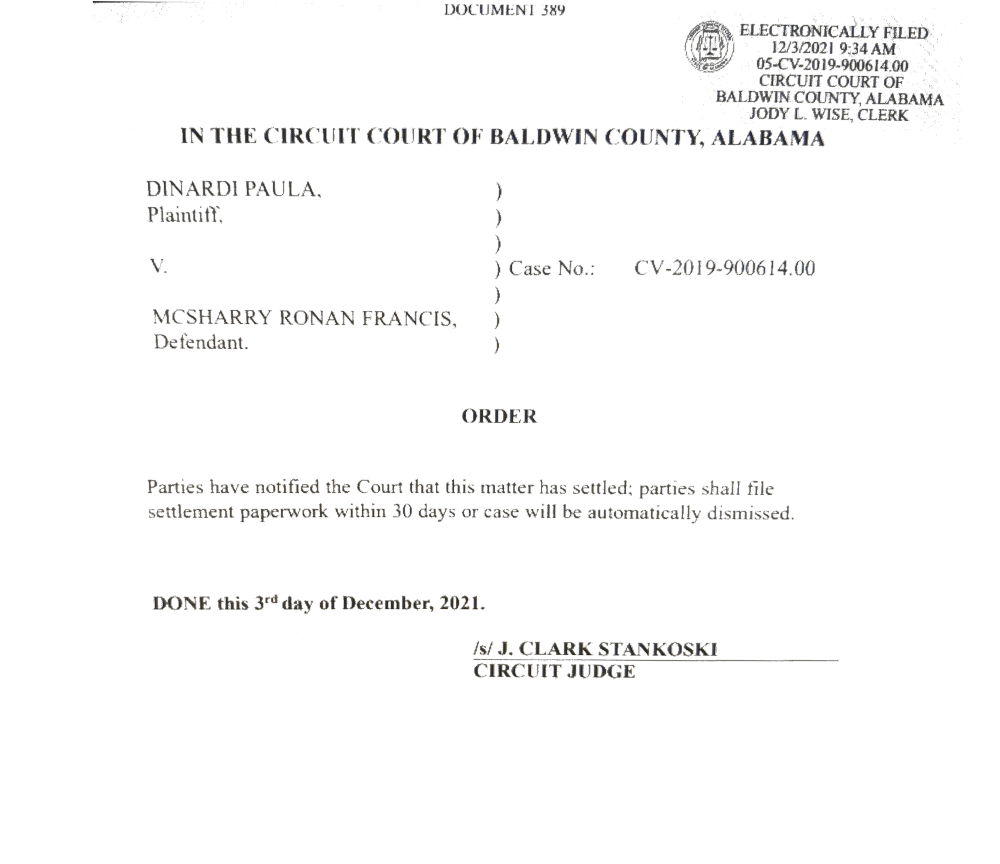 The justice system in Fairhope failed Paula, however they underestimated her fierce determination for justice. Justice sometimes is money but one thing is for sure Paula WON in the Court of Public Opinion.