The grand prize of being the most infamous and comprised elected official came down to Sen. Elliott and Jack Burrell. Senator Elliott came in second to Fairhope City Council President Jack Burrell, who is at the head of a City Council, operating as a criminal enterprise.

The “appointed” city Attorney and Fairhope Municipal Judge can always depend on Burrell to carry their water.

2020 needs to be the last year for Burrell the Judge and the City Attorney.

The Judge and Jack have a special bond:

Three years later and the Judge and Jack are at it again:

Go back to May of 2016 on the Ripp Report and read the articles about Councilmen Burrell and the airport scam.

If you have the stomach follow through the last 7 years that Burrell has been council president, he has been a disgrace on all levels. In 2020, the people of Fairhope will finally recognize that Burrel is a threat to their quality of life, property values and a horrible example for our children.

VOTE OUT THE ENTIRE CITY COUNCIL IN 2020 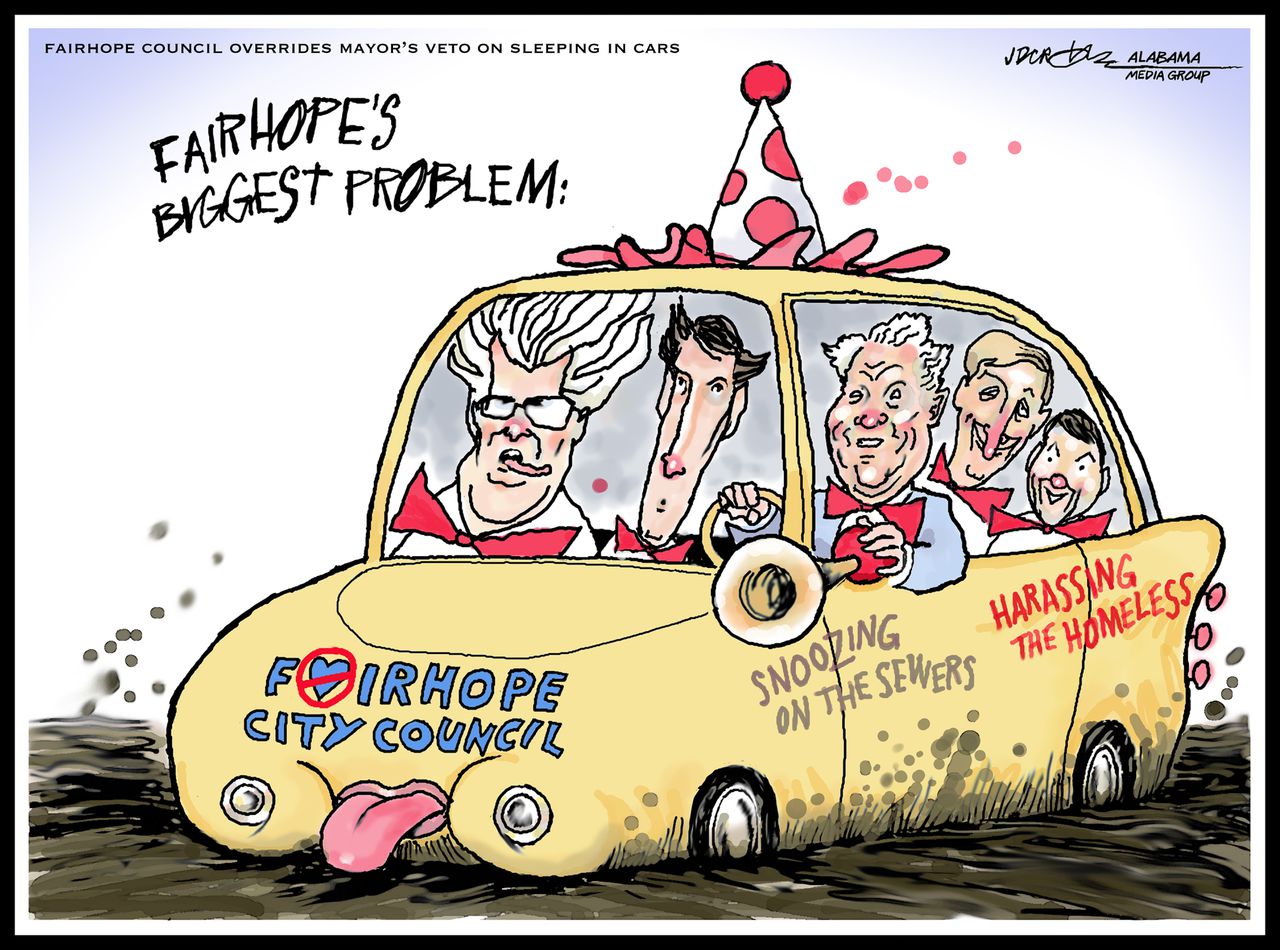 As far as I know, people sleeping in cars is not a problem in Fairhope. The people driving the City Council clown car? That’s another story.