A “TRIANGLE CONSERVANCY” has been formed and guess who one of the major players is?

None other than the very person that rigged elections, neglected infrastructure, favored his favorite developer, over citizens, for Publix and Fly Creek Apartments. Tim Can’t.

He cost the city 13 million in a lawsuit that raged for over 2 decades and now wishes to do it all over again.

The City Council and City Attorney will fully back Cant’t. They are like roaches and keep coming out in the dark and scurry away in the light.

Fairhope you better turn on the light because these roaches are going to eat your lunch. 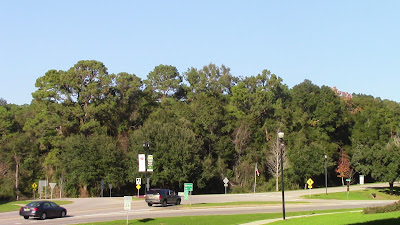 The Triangle was a “Legal Settlement” of 8.25 million, NOT a purchase.

This was after 3 million in law fees, that was guaranteed by Attorney Cain Orear, who represented the city and promised the City they would be refunded legal fees, in litigation.

That did not happen.

The Triangle piece itself was stripped of all old growth pines, over 10 years ago. The logging roads have caused all sorts of erosion within the Triangle. What is left is scrub oak and low vegetation, it is a very poor property for recreation or conservation.

The piece of property across the street, the other part of the land is in much better condition.

However, two issues are traffic and parking. Right now, the City of Fairhope, Al. Dot and the County are trying to control traffic at Parker Road and 98.

This is one block from the triangle and it has become a very serious problem. The City Council has approved 230 apartments and over 100 condos/townhouses, behind publix. Parker Road and 98 will be a far worse traffic nightmare in the next 6 months.
Thank Can’t and the Council.

Former Tim Kant, aka Can’t, fueled the lawsuit during his entire 16 years as Mayor.

He WAS and IS responsible for the lawsuits.

From 2006 till present I have been actively involved with the Triangle Property and Publix Project.

After 3 administrations and 4 lawsuits, It is obvious that the property is 100% a political issue.

Not a park or proposed conservation easement but a political football. This dates back to family inheritance in the 80’s. The common goal of the good ole boys has always been to stop any development in the Triangle.

That also was the courts opinion and resulted in the legal settlement, AGAINST the city.

In 2014, around Feb, the City Council had a council meeting, Councilman Ford asks at the beginning of the meeting to add an agenda item, the council agreed. The addition to the agenda was to authorize Mayor, Can’t, to enter into “settlement talks to reach a legal settlement over the Triangle lawsuit.” This was revealed through fioa requests.

Lawyers, owners and developers were all ready for the meeting, the public knew nothing, that was illegal.

In Sept of the same year the Mayor announced a legal settlement. Those involved were shocked as the public was not even aware of authorization by council for the Mayor to proceed.

The Council and the Mayor told the community that the lawsuit was settled and that the city was going to purchase it for parks.

Then we got a copy of the “Legal Settlement”.

The SPIN, was park land, this was the cover for the LOSS of the lawsuit and Legal fees.

… the 3 B’s, ? Burrell, ? Brown and ? Boone, approved and purchased, 2.65 million in land for recreation, that did NOT have the approval of National Park Service.

This is political and the political machine is still driving the same plan to obstruct development of the triangle. Be it a park or conservation easement or what ever else they dream up.

One thing I know for sure this will end in a class action lawsuit or the entire council will be voted out of office, or both.