Sen. Tripp Pittman and the State Representatives Faust, and Randy Davis, INDICTED, did very little in the last 11 years, as far as representing their constituents.

Pittman is going out the back door with his pockets full of BP money, Davis may be headed to jail and Joe Faust, District 94, wants another term, to do nothing.

They all three said the Alabama Accountable Act was the best thing for education since sliced bread. Pittman is not out the door and educators, in his own district, are asking for the repeal of AAA.

Joe Faust says “We must invest in education” AAA was a bad investment.

District 94 needs to do something different than nothing, Please vote for DANIELLE MASHBURN-MYRICK

Welcome to the home of the campaign to elect Danielle Mashburn-Myrick for Alabama State Representative District 94. Learn about Danielle’s background, how you can volunteer or contribute to the campaign, her core values and legislative priorities. Vote for Danielle on November 6th!

Sen. Pittman your legacy is the BP dollars you stole from your constituents.

The infamous BP Sen. Tripp Pittman is finally leaving Baldwin County political life, covered in BP oil, and a legacy that is as dark as the oil. Baldwin County should have a holiday marking the good…

PITTMAN, FAUST and DAVIS are all singing the same ole song and the have maintained office by straight ticket voting. Pittman says he believes in term limits and at the same time he has used his office for personal gain. DAVIS is indicted for the same reason and Joe Faust never said a word. He just kept carrying Pittman’s water. 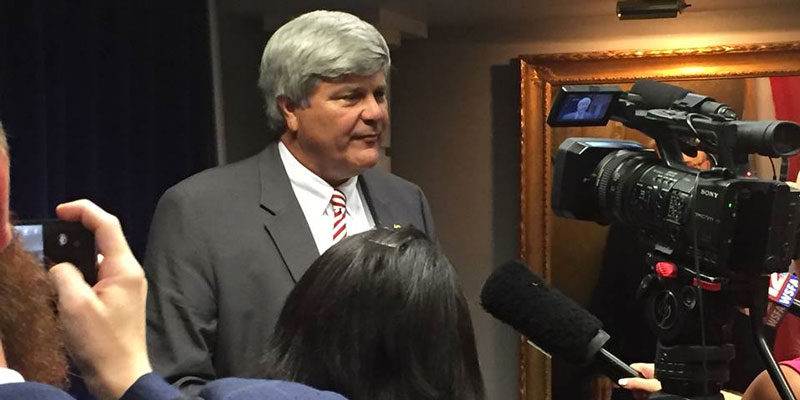 For the past 11 years, I have served the citizens of Alabama, representing Baldwin County and the Gulf Coast area in

A VOTE for Chris Elliott, to replace Pittman, will change nothing. Elliott is also depending on a straight ticket vote. Elliott is bought and paid for and he will be a mule of the CATALYST machine.

One of the architects of Catalyst, Chris Elliott, is now going down and dirty on his run off for the State Senate Seat 32. Elliott gave up his County commission seat, even sold his business…

You have an option:

DO NOT VOTE PARTY, DEMOCRAT OR REPUBLICAN, VOTE CANDIDATE.

JASON FISHER DISTRICT 32 IS NOT A PART OF THE CATALYST MACHINE.