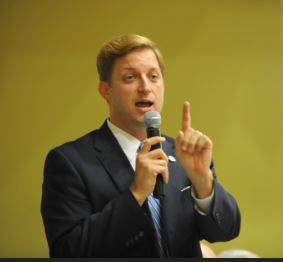 A special election was planned for today on a vote to change Fairhope’s form of city government from mayor-council to council-manager. The election was postponed on Friday.

The City Council, for the last three months, has taken a position of not voicing an opinion on the change of government. However let’s see how silent they remain now! The council can see it’s own demise with any change of government. You can be sure they are going to push back against any change to save their own skins. They were successful in getting the election postponed, on very weak grounds.

Last week, I knew that the Fairhope City Council was going to do what ever was necessary to stop the Oct. 2 2018 vote, to change the Government in Fairhope. The Council instructed the City Attorney…

Looking into the crystal ball, and knowing the tricks of the council, be prepared for a council campaign to kill any efforts to change Fairhope’s government. At Large will be their mission statement and do not be surprised if they do not have the full support of WACO radio and The Courier tabloid. Catalyst will be in the background stoking the fire and supporting THEIR City Council.

The present Fairhope City Council is going to try and pull every dirty trick they can to derail the Oct. 2nd election. The City Attorney is carrying out the Catalyst Council’s instructions as we speak.

Look for Councilman Jay Robinson to take the lead in the opposition, word is Council President Jack Burrell is damaged goods and maybe J Boy is Catalyst new pick for Mayor in 2020. Keep in mind J Boy, an attorney, just learned himself the peril they face.

The Catalyst Fairhope Council may be in it’s last days. The Council and the council’s legal representative has been asleep at the wheel. Instead of checking out all the legal ramifications of a change…

Let’s see how accurate the crystal ball is.