The Fairhope City Council has had blinders on when it comes to accountability and transparency. Leadership by the Council President is non-existent. In fact, Council President Jack Burrell has fully disgraced his position and the City of Fairhope and should immediately resign.

Last night at the end of Fairhope City Council meeting, at the 1:10 mark, Jack Burrell and Councilman Brown were talking about traffic. Mr. Burrell warned the citizens of the community:

“Fairhope has prosecutors who prosecute . Judges who enforce the law
and the Council appoints them all.”

That is true the council appointed the City Attorney: 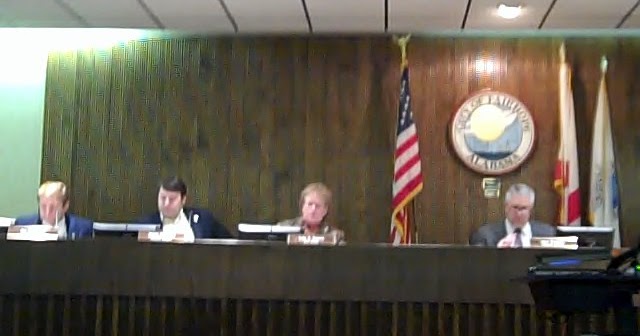 If the Council President is so passionate about traffic then certainly the Police Chief and the City Attorney will apply Mr. Burrell’s words to his actions.

Last night around 6:00 pm The Ripp Report sent the below e-mail to the City of Fairhope:

I have received numerous calls about a house party at Mr. Burrell’s home last Friday night. Mr. Burrell was at the Grand Summer Ball, just two miles away. Alcohol and marijuana were present, minors from Fairhope High School and Bayside were in attendance. The police were called and found the neighborhood full of cars and over 75 underage kids. My information is that no one was arrested; no minors or adults, nor the property owners.

This sends a message to kids that you will not get arrested if the party is at the City Council President’s house. The mother of one of the Bayside students said many parents are furious that the police looked the other way. Kids in attendance were sons and daughters of lawyers and prominent citizens of the community.

Is that another reason everyone walked?

In situations such as this in Daphne and Spanish Fort, the minors were turned over to their parents, the adults arrested, as well as the property owners.

This has happened in Fairhope as well, except REGULAR people got arrested.

This information is being passed on to you for investigation and explanation, to the public. If true the City Council President should resign immediately.

Is the law not equal for us all?

P.S. I just got another call from a mom of another Bayside student, said it was THE JOKE the students were laughing about.

Please remember this incident happened Friday night and at that time Fairhope did not have an acting Police Chief.

This incident has now gone viral with Fairhope kids and kids from Bayside. The party was planned while Mr. Burrell was dancing at the Ball, however all the kids were told days ahead about the party and the parents were “cool with it.”

Just because you, as a parent, are not present does not mean that you are not responsible for your property and child.

Why did the Police allow everyone to go Scott free?

Fairhope pay attention and let’s see if the “appointed by council” Police Chief and City Attorney do their job.

While the Chief and Attorney are doing their job will they please explain Mr. Burrell’s police record, part of which Mr Burrell has blamed his son for:

The Police Chief, City Attorney and the City Council need to make a public statement where each one of them stands on this issue.

23 Comments on "LAW and DisORDER Part 1"