The Ripp Report is back. Sorry for missing a week but some old injuries caught up with me, I suffered a body concussion in Vietnam, 50 years ago, as a result I have had 14 surgeries, two infections, a muscle tear and my kidney removed, Agent Orange. My operation Dec. 2017, a total reverse shoulder, went well for 4 months, then I discovered slippage in the shoulder. July 20th I had surgery to correct that and discovered that the shoulder was infected. Now I am having to deal with recovery and daily infusions for a month. My other shoulder is scheduled for a total reverse Dec. of this year, providing all current conditions are cleared up. That is my excuse for missing last week posts, it is the first weeks posts that The Ripp Report has missed in several years. So I am back, not quite 100%, but getting better every week.

Thank You for the kind regards and concerns.

The Ripp Report receives regular complaints about Family Court, in particular Judge Thomasson and Attorney Buddy Brackin. The Bar association and the Alabama Judiciary refuse to investigate complaints. Lawyers protecting lawyers, go figure. Sadly the only recourse the public has is the Court of Public Opinion. Vote Thomasson out and spread the word to future victims to avoid these two at all costs.

For years we have been critical of the family court, especially the rulings of District Judge Michelle Thomason. Complaints lit Facebook up like a Christmas tree. They were so plentiful and consistent…

‘Out of order’: Unrest continues in Gulf Shores over apartment complex

‘Out of order’: Unrest continues in Gulf Shores over apartment complex 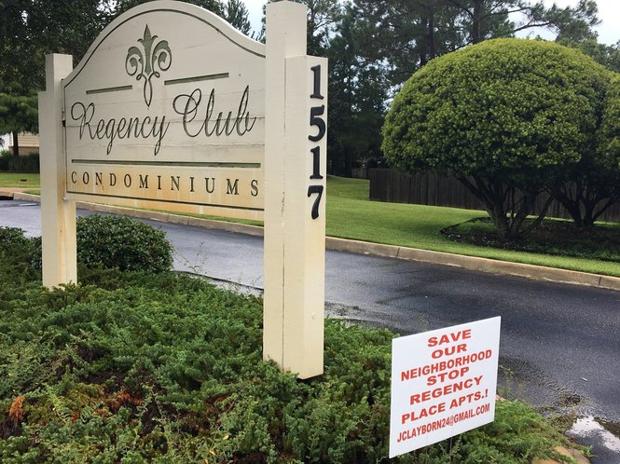 The planning commission met in executive session on Friday as residents near a proposed 206-unit apartment complex continued to criticize the project, the city and its developer.

Gulf Shores officials are taking a page out of Fairhope’s playbook on how to favor the developer over the citizens. Gulf Shores is pulling all the same stunts Fairhope did when it comes to DEFENDING the developer and limiting public participation of those who are opposed to the project. The similarities are uncanny, maybe there is a Mayor’s playbook on how to keep citizens in the dark while approving projects that the majority are against.

It is no secret that I have spent 10 years trying to unseat the Mayor of Fairhope. It is expected after an election to be gracious and heap accolades on the departing Mayor, I will reserve my comments…

Gulf Shores elected officials better be paying attention, all those angry voters may do the same thing Fairhope did, Vote the Mayor and Council OUT OF OFFICE.

The Fairhope Airport Authority announced that Mr Ray Hix, Treasurer, has resigned his post. Many may remember Mr. Hix who is partners with the Fairhope Municipal Judge, Haymes Snedeker, Hix Snedeker companies. The same company awarded a lease on an airplane hanger for their million dollar jet. Jack fly’s free.

Pay attention Fairhope Jack and friends have “confidential” plans for the airport, and you are going to pay for it. Mr. Burrell has fought hard for the Airport Authority to maintain the title to the land, while citizens pay for it. The City of Fairhope pays for it and Fairhope should have the title.

Maybe it is all about billable hours, not tax dollars.