Political campaigns are always dirty, however when the politician uses veterans or schools as a political tool, he reaches the bottom of the political barrel. Chris Elliott has pulled Baldwin County Superintendent Eddie Tyler into the Barrel. It is interesting that Jonathan Gray works for both. How can a school board consultant be drawing a pay check from the school system while he is lining his pockets with Elliott Campaign money?

Speaking of money, how about the Business Council of Alabama, has contributed 35,000 to Elliott, wonder how much Johnathan gets? Now we hear the BCA has collapsed, the mules of backroom politics. They picked Elliott as their Baldwin County mule, that should convince you who Elliott is indebted to.

How the Business Council of Alabama collapsed

How the Business Council of Alabama collapsed 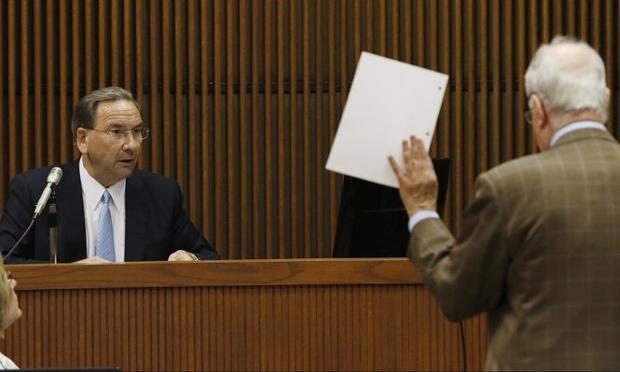 Elliott is manipulating the schools and riding the mule Tyler, but he is not fooling everyone.

Elliott is the epitome of the hypocritical politician that uses religion, guns, veterans and schools as his highway to office.

By now you have seen the slick ads of Elliott and Tucker. However, when you read them you do not recognize any similarity between the written fluff and the candidates. These guys are dumping tens of…

Chris Elliott is a political animal whose VALUES are rooted with Catalyst, the worst of the worst.

Elliott forced the penny tax down the throat of Baldwin County, without any one voting on it. 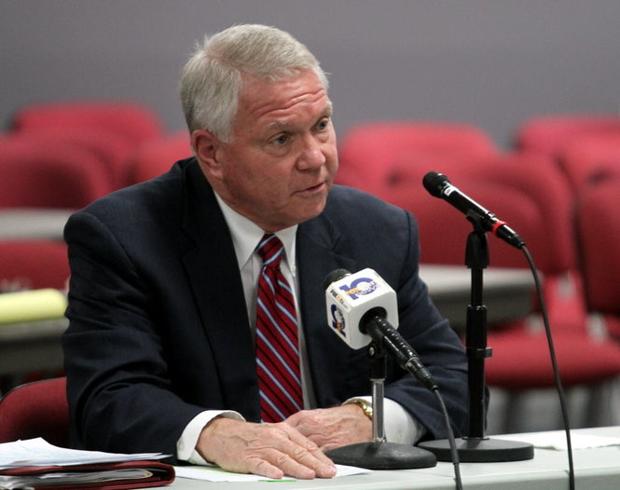 Four of the nine Republican candidates running for the Baldwin County Commission believe that future renewals of the penny sales tax ought to go before the voters for consideration. The commission, in January 2017, approved a deal that extended the tax to help pay for a much-needed school construction program.

Baldwin County School Superintendent Eddie Tyler says that revisiting the penny sales tax seems like a “waste of political oxygen.” But four candidates running for the Baldwin County Commission this year believe that it’s worth discussing, and that the public should get to vote for future extensions of the sales tax increase.

Translated that means screw you. Or how about Tyler and Elliott’s mule Johnathan Gray,

Eddie Tyler is working hard on being fired. First of all citizens should have the right to vote on these taxes. Second the School Superintendent should not be contributing money or endorsing candidates for his own political agenda.

This is a recent post on Face book that is consistent with many others posts on many different social media sites. Tyler better wake up and stop using the Schools and Teachers for his political agenda or he join the last superintendent in the hall of shame.

“The fact that they are Catalyst and not the People’s Choice is enough. If Tyler continues to work for Catalyst then his “Empire” known as the Baldwin County School System will continue to split off. Gulf Shores today, Daphne tomorrow, Fairhope the next day, and then all you will have left is Robertsdale, Bay Minette, Spanish Fort, and Foley. Already you are having home-schoolers nibble away at the current enrollment.

Dear Tyler, when are you going to get a clue that you are in with the wrong folks? Go ahead and keep hiring administrators to do your work, keep smothering the classroom teachers to the point of making them not caring anymore, and keep piling on 12 month employees to further kill the morale of the classroom teachers and your empire will continue to rot.
How is that for your so-called “Waste of ‘Political Oxygen’?”

Teachers please realize that David Northcutt is more trustworthy and he is the better candidate . Elliott has a lot of baggage to only have served three years and his priorities are his priorities.

IF YOU VOTED FOR JEFF BOYD OR BILL ROBERTS IN THE PRIMARY< THEN YOUR NEXT BEST CHOICE IS DAVID NORTHCUTT.

It is sad that these candidates cannot feel safe enough to endorse David Northcutt, but the truth of the matter is that if Elliott was to win and they endorsed Northcutt, Elliott would retaliate against Orange Beach and Gulf Shores. You can rest assure Mr Tyler would follow suit.

A VOTE FOR NORTHCUTT IS THE PEOPLE”S CHOICE

Alabamians headed to the polls on June 5 to fill out their choices in the state’s primaries. But some of those races aren’t a done deal. They’ll need citizens to head back to the ballot box on July 17

15 Comments on "SNAKES IN THE SCHOOLS"