Alabama has a proud legal system ripe with attorneys who plan a career as a judge. In Baldwin and Mobile Counties, there is a specified gateway to the sought-after bench. It is called an appointment. When a judgeship is vacated, typically before the term ends, challengers also submit themselves to the closed committees and the approval of presiding judges and the glorious appointment is made. There is then a silent rule among the attorneys and judges. Sitting Judges, even the appointed ones, shall NOT be challenged in elections.

A good example of this “insider Judge selection process”, is the appointment of Judge Bill Scully. Scully was appointed to his position in a large part due to the backing of Catalyst Queen Michelle Thomason. Bow before the queen and rise a knight Sir Scully!

Thomason helped Scully acquire a position as the Veterans Court Judge as she was undoubtedly too busy campaigning in other parts of the State to carry out her duties to the citizens of Baldwin County. Scully used his time on the Veterans Court to schmooze with the “good ole boys” of Catalyst and parlay that connection into a District Court appointment. The “chosen ones,” AKA appointed Judges, are able to skate right through the election process, UNCONTESTED, much like a lifetime appointment in Federal Court.

Catalyst Judge and Bentley, AKA “luv gov” appointee, Bill Scully, is now running to maintain his position as the Baldwin County District Judge Place 2. But the glory has gone to his head and he has been overextending his judicial authority – sometimes ignoring the law all together.

On February 26th, Scully signed an order of Ejectment ordering the Baldwin County Sheriff’s Department to remove Mr. Robert Yates, Jr. from his Mobile home in Barnwell. The only thing is, District Court Judges don’t have the AUTHORITY UNDER CURRENT LAW to order ejectments, only Circuit Court Judges do. Scully’s erroneous order led a shootout between Yates and Sheriff’s deputies, putting law enforcement at risk and ultimately to Yates’ death.

BCSO: Man who was shot and killed by deputies identified

BCSO: Man who was shot and killed by deputies identified 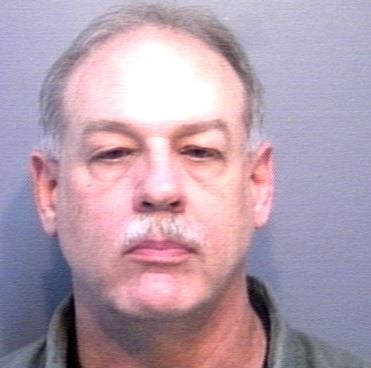 Investigators with the Baldwin County Major Crimes Task Force confirmed in a press conference Tuesday morning that 65-year-old Robert Lewis Yates, Jr. was the man who fired upon Sheriff’s deputies …

Scully has ignored other laws requiring those convicted of DUI to install the ignition interlock device on their vehicles.

The Alabama Legislature passed the interlock law in 2011, making it the 50th state out of 50 to pass such a law, whereby judges overseeing these cases are REQUIRED to make it mandatory for first time DUI offenders to install the ignition interlock device on their vehicles when:
1. Their BAC, (blood alcohol content) is over .15 or
2. When they refuse to take the breath test.
The Ripp Report has recently uncovered well over a dozen cases where defendants met these criteria but Judge Scully totally ignored the law and didn’t require them to have this device installed on their vehicles, thereby putting known offenders back on the roads of Baldwin County endangering our citizens.

Alabama goes all in on ignition controls for drunken drivers, but do they work?

Alabama goes all in on ignition controls for drunken drivers, but do they work?

Taking effect this month, a revised law provides for people convicted of driving under the influence of alcohol to install ignition interlock devices that prevent their vehicles from starting if they have a blood-alcohol content of .02 or more.

Judge Scully was reminded of the law by counsel and continued to ignore it. Catalyst works in many ways to protect and promote Judges that are a key ingredients to their floor plan of political control.

COOKING FOR THE JUDGE

Is anyone willing to challenge the silent code and Catalyst? Unlike every other sitting Judge in Mobile or Baldwin county, Scully has such a challenger. Despite the fact that Scully’s black signs dot the county alongside the other Catalyst candidates signs on countless developer owed properties, Fairhope attorney, Brian Dasinger apparently didn’t get the memo that attorney’s aren’t suppose to run against sitting Judges. Dasinger has mounted a campaign against this status quo. Further despite the fact that local domestic relations bar has given Scully the majority of his contributions, no doubt to achieve favoritism in his courtroom, Dasinger has put together an impressive independent campaign. If elected, Dasinger will owe no one – except the hardworking taxpayers of Baldwin County.